Recreational Marijuana Will Be Legal In Illinois in January – Have you talked to your kids? 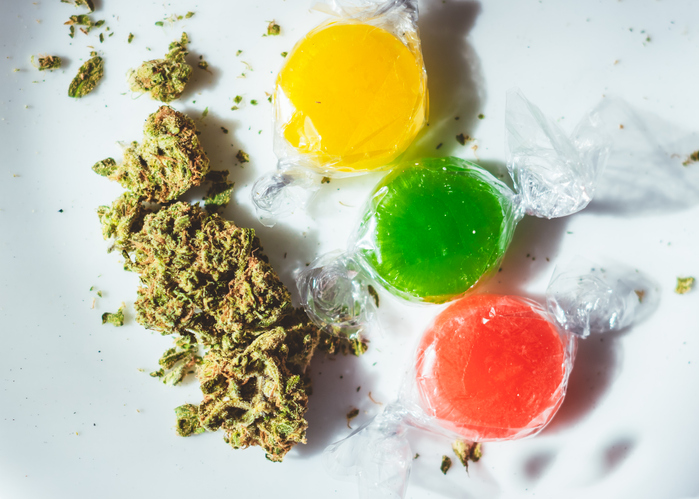 In just a few short months, recreational marijuana will become legal in the state of Illinois. Although purchase will be restricted to those over 21 years of age, the reality is that, just like with alcohol, many teens will be exposed to this drug. In fact, 38% of high school students have used marijuana at least once.

While many people consider marijuana less dangerous than alcohol, it’s important to understand that the marijuana being sold and consumed today has little in common with the marijuana of previous generations. It has been bred and processed to contain two to three times more tetrahydrocannabinol (THC), the substance that induces the “high” and which carries real risks, especially to the developing health of our teens.

Most importantly – your child’s brain isn’t fully developed until about the age of 26, which means that any mind-altering substance they take will have a long-term effect, essentially rewiring the brain. The earlier a child begins using marijuana, the greater the damage they will do.

Alzein Pediatrics, Oak Lawn is here to help you understand what those risks are and help you start a conversation with your kids about marijuana.

How To Talk To Your Kids About Marijuana:

You can talk to your child about some of the negative effects marijuana may have on their bodies. This can help them understand that not all experiences with marijuana are positive. Here are some things to keep in mind.

Studies show marijuana use causes:
• Difficulty in concentration and problem solving
• Problems with learning and memory
• Lower intelligence and poor academic performance
• Damaged executive functioning leading to an increase in risky behaviors including using other drugs and alcohol and dangerous sexual behaviors
• Increased risk of anxiety, depression, suicide and psychosis such as schizophrenia
• Impaired physical ability, balance, and coordination

About 10% of marijuana users become physically addicted, setting them up for a lifetime of mental health problems, financial insecurity, and social isolation.

Marijuana is not regulated by the FDA for purity, safety, ingredients or strength. While it may be “natural,” that doesn’t mean it’s safe.

Is Your Teen Using Marijuana?

You might not smell marijuana on your child as it can be vaped, eaten in a baked good or candy, drunk in a beverage or taken in through the skin using oils and tinctures. Pay attention to your child’s behavior instead of your nose.

Signs of marijuana use include:

• Increased irritability, anger or mood swings
• Loss of interest and motivation for schoolwork, hobbies, athletics, and clubs
• Associating with peers whom you suspect or know are using marijuana
• Acting out of character, laughter, and silliness
• Forgetting what just happened a moment ago
• Carrying lighters, plastic bags, vape pens
• Red eyes
• Change in appetite and increased snacking

When Should You Talk To Your Child About Marijuana?

Ideally, conversations with your children about drugs and alcohol should start very early, when they are in elementary school. Start by asking what your teen or child has heard and thinks about marijuana. Give your teen time to answer completely, without interruption or judgment.

Explain the facts about marijuana’s effect on the body and brain, and the risks people take when they use any type of mind-altering substance. Stress the timeline of brain development and how marijuana use now will negatively and powerfully impact their future.

Talking honestly with your children as soon as possible, especially with the upcoming legalization, is vital to healthy brain development and mental health.

If you have any questions about having this conversation, if you’d like your Alzein medical professional to weigh in, or if you suspect your child already has a marijuana or substance abuse problem, make an appointment. You can click here, or call 708-424-7600. We are happy to help!

COVID-19 Vaccine for Babies and Toddlers in Chicago
When Your Child is the Bully – 5 Steps to help your child
We’re Growing!
Infant Formula Conversion Guide
The Troubling Increase of Type 2 Diabetes Diagnoses

COVID-19 Vaccine for Babies and Toddlers in Chicago

On Friday, the FDA on Friday granted emergency use authorization to Pfizer/BioNTech's three-dose COVID-19 vaccine for children 6 months to 4 years and CDC Director Dr. Rochelle Walensky signed off on the vaccines the next day. Now Alzein Pediatrics has…
read more

It can hurt a parent or caregiver’s heart deeply to see your child being teased, harassed and terrorized by another child, but one thing that will hurt even more is finding out that your child is the one who is…
read more

If you do not see your child's formula on this chart, please send a message through your portal to our office and we will assist you.
read more
read more posts